All You Need To Know About An Air Compressor 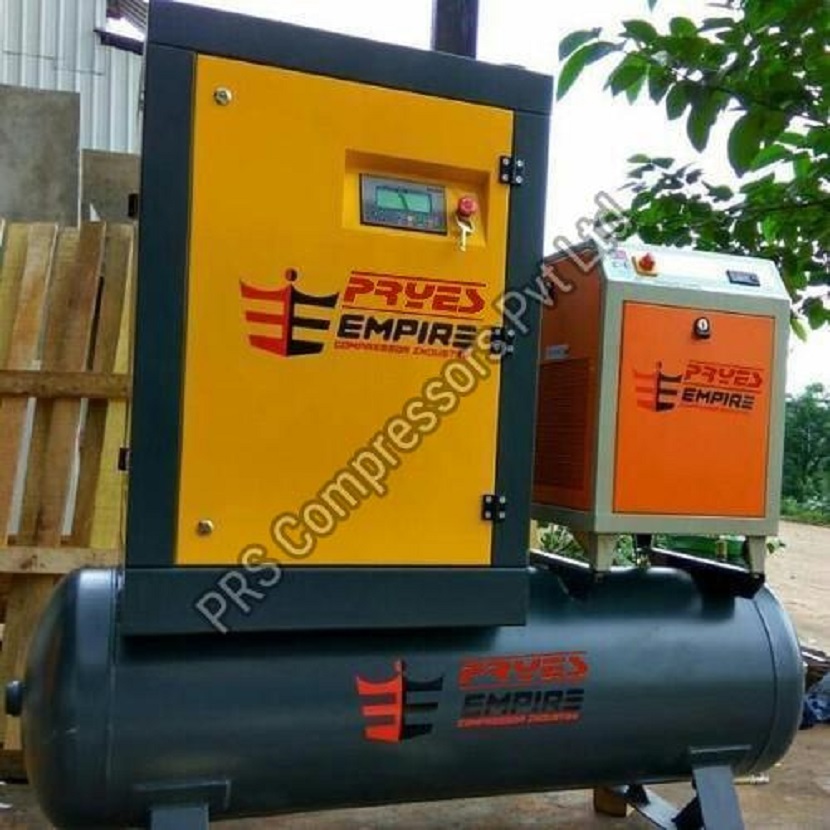 A pneumatic device that transforms power into potential energy, which is stored in pressurised air, by means of diesel, gasoline engine or electric motor is called an air compressor. There are many methods by which an air compressor forces a large quantity of air to be stored in a storage tank and thereby increases the pressure.


The basic and fundamental principle of a crew compressor is, both the rotors, male and female, rotates in the opposite direction and as a result, the rotors draw air between them. In the process of filling the air, the air gets compressed. The speed of the rotors can be optimised after a certain level so that the mechanical and volumetric losses can be minimised.


A screw compressor, in general, does not possess any valves and any mechanical force which might cause unbalance. This explains that a screw compressor can be operated at a combination of high speed and large flow rates, yet can be stored within a small exterior.

It is an air compressor that is made up of the material carbon steel. This device runs through an electrical power source and at a voltage of 220 volts and a frequency of 50 hertz. The industrial screw air compressor can be operated in high pressure, medium pressure and even in low pressure. The motor runs with horsepower ranging from. 0 to 3.


Advantages of Industrial Air Compressor related to its design

This entry was posted on August, 30, 2021 at 12 : 08 pm and is filed under Screw Air Compressor. You can follow any responses to this entry through the RSS 2.0 feed. You can leave a response from your own site.